Is UKIP racist? You decide! 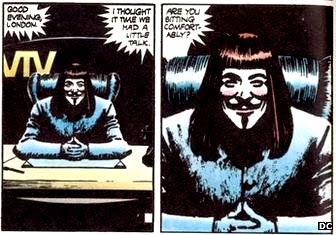 There has been quite a to-do lately, what with a senior UKIP insider resigning due to, in her opinion, the party embracing a terrifying form of populist racism.

Then yesterday, the Party Leader, Nigel Farage may have let the mask slip in an interview on the wireless, making statements which he subsequently tried to justify.

This blog was originally going to draw your attention to the UKIP 2014 Local Manifesto, but it turns out that Mr. Farage used the same 'evidence' in his defence.

I will present you with the original source of this evidence and invite you to make up your own mind.


It is not for me to tell you what to think.

On the basis of that, formulate an informed opinion.


Exhibit A: The UKIP Manifesto
I would like to draw the attention of the jury to this in particular, on page 2.

"28,000 Romanians are held for crimes in London."
and:
"Romanians come second on the list of foreign nationals arrested by police for serious crimes."


Exhibit B: Metropolitan Police Freedom of Information (FOI) Request
In particular, the first three pages explaining the parameters of the request, and the limitations of the data that has been supplied to answer it.

In summary, though the request was number of nationals, the report supplies the number of arrests of foreign nationals in the entire UK during a five year period. Individuals may be arrested several times for different reasons as a result of one event. There is also no indication here of repeat arrests of the same individual.

In other words, approx. 28,000 arrests (not charges, not held) of Romanians (not individuals) were made over a five year period (are held?) in the whole of the UK (not London).

Secondly, "Romanians come second on the list of foreign nationals arrested by police for serious crimes."

Actually, they don't. Again, number of arrests not nationals:

I would also point out that the reasons for selecting such a dataset seem a little odd - these numbers are meaningless without including the total number of arrests, including British nationals.

Exhibit C: The CPS advice on Race and Religious crime

In particular, the definition of Race under the act:

I have presented the evidence.

Ladies and Gentlemen of the jury,  I now invite you to retire and consider your verdict.