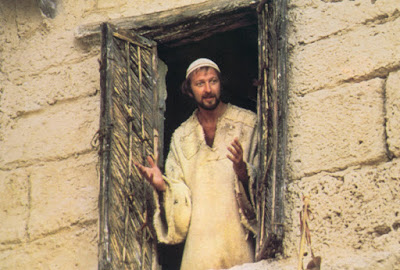 Last night I was one of the Green Party members to ‘sneak in’ to hear Jeremy Corbyn speak at Great St Mary’s in Cambridge. It was packed to capacity, with hundreds outside too - who actually heard Corbyn’s speech before those inside. I went out of curiosity, to catch some of the spirit of this new political movement on the left, a return by the Labour Party to progressive politics. But I came away disappointed, not enthused or motivated as I expected to be.

This wasn’t the first time I’d heard Corbyn speak. Over the past couple of years I’ve seen him at almost every protest and march I’ve attended, from the People’s Assembly to Stop the War, so I already knew what kind of speaker he was and his point of view. He is not a tub-thumper rabble-rousing public speaker like Mark Serwotka, Owen Jones or even our Caroline Lucas. He is a confident and reasoned orator, more of the ‘speak softly and carry a big stick’ model.

His message is nothing new and to be honest, not radical. Most of the policies outlined belonged to the Labour Party as ‘givens’ when I was young and are current Green Party policies. Compared to Green ideals, they seem pretty mediocre and I fall firmly into the camp who say that the Greens need to stay Green as Corbyn’s Labour will not provide our core values or fully address the issues that we will face with climate change and environmental degradation. But I was expecting this too, so this wasn’t the source of my feelings of anti-climax.

The reaction of the crowd was predictably upbeat and excited. They applauded him when he came in, and gave him two standing ovations on the way out. They applauded his policy points (which was great, those policies being identical to Green Party policies!).  There wasn’t a dissenting voice, no comment from the pews other than asking him to stand where most of the congregation could see him.

On the way out it was a slightly different story however. When I go to the theatre or see a film I like to dawdle in the foyer or outside the exit to catch snippets of people’s conversations as they go by. On the way out of the church, most of what I heard was negative. Obviously not everyone in the hall was a Labour Party member or supporter  - I’m not. There were bound to be some there who were sceptical or went along out of pure curiosity. But it really seemed as if some of the people who stood in the ovation only minutes previously were now voicing their actual opinion amongst themselves. But even this surprise wasn’t the source of my lack of enthusiasm.

A lot has been made by Owen Jones and other commentators about Corbynmania, about this being the start of something, the English answer to Podemos, Syriza and even the rise of the SNP(!). And after some of the People’s Assembly actions and the Class Conference last year, the Green Surge – I thought it was really happening. I came away from them with fire in my veins  - it was the beginning of a powerful movement. But Corbynmania isn’t it. The energy, the ‘revolutionary zeal’ as some comrades in the SWP might put it, is absent.

What we need, as Cameron throws crumbs to refugees (and commits the first executive ordered extra-judicial killing of a Briton), is real opposition, prepared to leap to the barricades and in the spirit of Corbyn’s parents scream NO PASARAN! But Corbyn junior isn’t it.

Corbyn said in his speech that we shouldn’t shout and throw things at the television. At the most, you’ll end up hoarse with a busted TV. We need to do something real, join with others and get active. What he didn’t say is we need to take back the streets.  And I think that is precisely what he should have said.

On Saturday thousands of people, about 400 right here in Cambridge, took the streets to make it known in no uncertain terms that Refugees are Welcome Here.  Over £600 was collected and the local collection centre was so overloaded with donations of clothes and goods that it had to close its doors.

Next Saturday there will be a mass demonstration in London to demand that Cameron stops shaming this country and admits our fair share of refugees, not just preferentially selected from ‘nice’ camps in Turkey but from Calais, from Italy and Greece, in order to also assist those European countries currently overloaded. This isn’t an Early Day Motion, it isn’t yet another ‘signthispetition’ tweet. It is thousands of people stopping the traffic, making themselves heard and physically seen, to say, ‘up with this we will not put.’

Podemos and Syriza took the streets and the ballot box. In some respects, Syriza was beaten down and failed, capitulating to the unstoppable force of neo-liberalism, the Troika and the banks. But it also shows the limitations perhaps of hoping that by using the system that the elites invented to give the people the illusion of choice and power, that real change can be effected and real power can be distributed to the masses. But this isn’t the case. The whole system needs to be reformed and that cannot be achieved whilst those in power are in power – as they will only seek to maintain their positions for as long as possible.

Corbyn mentioned reforming the way policy is decided in the Labour Party  - to go back to the way it used to be, to form policy through open debate and fix it through a vote of the membership. It’s a good idea; it’s the way the Green Party do things. But whilst he talked about changing society he didn’t mention electoral reform.

Electoral reform, in particular proportional representation, comes with dangers. It would have meant for example, that the far-right populist UKIP would have dozens of MPs  - but then the argument goes, in a completely reformed system UKIP would not have had half the following they had.  For PR to work it also would need reform of the media, doing away with a biased national broadcaster and smashing media empires – giving independent and local media an even playing field. It would mean the end of private contribution to political parties, funding each party equally from national funds.

But of course this will never happen. The national broadcaster tonight launched the latest smear against Corbyn – a direct attempt to interfere with an internal election of a political party. Clearly the establishment is afraid of what Corbyn represents.

But then Corbyn has become a representation of an ideal, whilst being very far from it. His supporters know his reputation and the smears will only strengthen their resolve. But unlike the rabid personality cult that UKIP cultivated around Farage, it seems that they are also more willing to accept that he isn’t perfect. But he is the best and only chance they’ve got.

Perhaps I’m also expecting too much. Perhaps we should see JC not as the saviour, but ‘as his prophet’. He is a stage on the way to political salvation – the first step as the progressive left stands up again, divided and demoralized as they were, beaten down by Thatcher and Blair. Perhaps to continue the allusion, JC is the one to say to the left, ‘take up thy bed and walk’.

What I was expecting, from the man and more from the movement, was the freedom fighter – casting the money-changers from the temple, talking of bringing figurative swords to the fight.

If Corbyn is the first step, we still have an awful long way to go. And with all the guns of the elite ranged against him, it remains to be seen how successful this forlorn hope is – and if Corbyn does fall, if there will be another to pick up the standard and once more run to the breach.
Posted by Mick at 23:19