Corbyn ate my hamster and the Fanatical ABC's 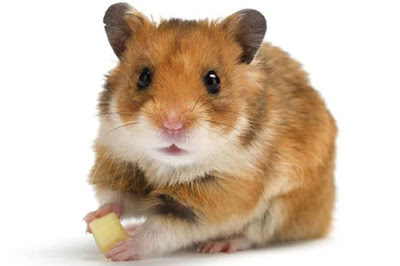 Corbyn is now coming under unprecedented attack from the establishment – mainstream media and the BBC, the right-wing and Blairites within his own Labour party – and now what some would see as the actual ‘hard left’ are also being encouraged to attack him.

Over the past couple of weeks, aside from the ongoing and wholly ridiculous guilt by association (or by being in the same room as, mentioning in the same paragraph as, friending etc. etc.) idea, I’ve seen:


As I write this, teams of unpaid interns in basements in ‘Fleet Street’, BBC Broadcasting House and Labour HQ (oh, and Louise Mensch) will be continuing to pore over thousands of hours of video and reams of documents to find the latest ‘Corbyn ate my hamster’ story.

The latest one to be ‘broken’ was the Corbyn / Bin Laden smear, something so bizarre and ridiculous it falls into self-parody before you even pass the headline. Also with this one was the seeming gleeful acceptance by the Anyone But Corbynistas (ABCs) that to argue against what Corbyn actually said meant that you support the principle of extra-judicial killing by executive order. Not a problem for Pres. Obomber and his drone kill-list, but perhaps something that should be giving Labour party members a moment of pause. Not even Boris agrees with that principle.

Aside from the usual suspects in these attacks, what we’re seeing increasingly over the past week or so is the use of ‘left-wing’ spokespeople, such as James Bloodworth of Left Foot Forward.  Over issues like Ukraine and ISIL, because the propaganda narrative on these issues is so widely accepted, these are easy hits to divide the left. But surely these attacks are wasted now – if the idea is to divide the left against Corbyn, wouldn’t they be better used at a general election? Unless of course, the idea is to completely split the party. Every time one of these stories is created, Labour MP clowns like Simon Danczuk jump on it - exactly what the Tory press really want.

But it does look like Corbyn will walk into the Labour leadership, and the establishment are absolutely terrified. The first political leader to challenge the status quo in a generation, with Labour core support flocking to his banner. Corbyn has managed to capture the mood right now – a political will that is spreading across the continent and can even be seen in the US.

What some commentators can’t understand is that their best efforts at attack and smear seem only to strengthen the resolve of the Corbynites. But this isn’t because Corbyn is hero-worshipped or because the movement is a crazed UKIP-style personality cult – it is because the movement is bigger than one man. It is about principle and belief, about hope in the face of political movements that have only provided hopelessness. The media are attacking Corbyn the man – not the socialist policies he subscribes to. They have the wrong target.