Blair - We will be your Judge 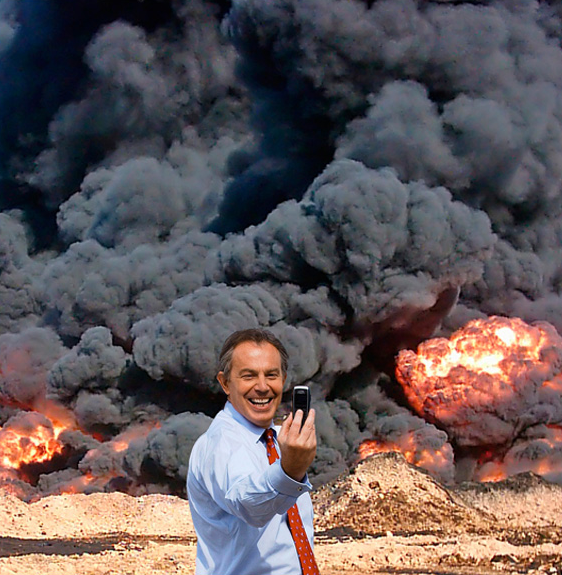 I was going to write about the excellent Don’t Spy on Us day of action that I attended last weekend. But then Iraq erupted – and Blair was given 3000 words in the Independent to explain why it wasn’t his fault – and why once again, we should be bombing the shit out of Iraq.

Read Blair’s essay. His justification for the Iraq war remains, but now he has introduced another element of utter absurdity.

The first is there was no WMD risk from Saddam and therefore the casus belli was wrong. What we now know from Syria is that Assad, without any detection from the West, was manufacturing chemical weapons. We only discovered this when he used them. We also know, from the final weapons inspectors reports, that though it is true that Saddam got rid of the physical weapons, he retained the expertise and capability to manufacture them. Is it likely that, knowing what we now know about Assad, Saddam, who had used chemical weapons against both the Iranians in the 1980s war that resulted in over one million casualties and against his own people, would have refrained from returning to his old ways?

The Iraq war was sold to parliament and the press on the basis of the dodgy dossier, that Saddam had mobile WMD factories and the ’45 minutes’ nonsense. We now know that all this was a fabrication, it was a pretence so that Bush and Cheney could exploit 9/11 to prosecute an illegal war and take Iraq’s oil once and for all. And also to punish Saddam, who was a CIA asset who was no longer behaving.
We know this, even as the US and the UK governments continue to block the release of the Chilcott report.

Assad, then or now, has absolutely nothing to do with it. ‘Knowing what we now know about Assad…’ – like when didn’t we know Assad had WMD? We had very strong ties with Assad - he was the archetypical cuddly British-trained despot, even having a British wife. His officer elite is British educated and Sandhurst-trained. 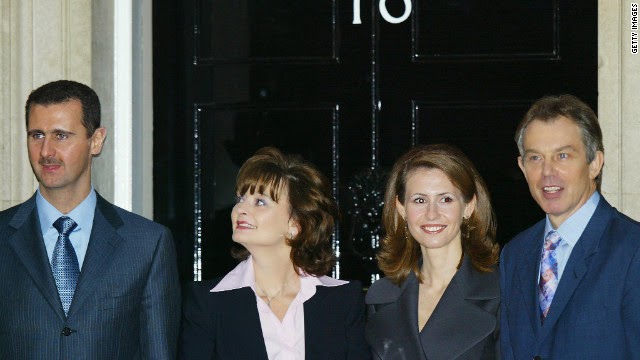 Blair’s second argument is that if Saddam had still been in power, the Arab Spring would have been a ‘cauldron’ with Saddam and his sons kicking off major Sunni vs. Shia wars. Aside from the fact that the Arab Spring wouldn’t have happened without the Iraq war, and that the campaigns from one country to the next were being directly assisted and kicked off by the US – citing a ‘what if’ to justify actions taken ten years ago is ridiculous.

Western governments went out of their way to court every dictator in the middle east and north Africa to engineer the ‘coalition of the willing’ to support the invasion, or at the very least, not oppose it. Dodgy deals were done left and right and Blair was a part of this. When Iraq and Afghanistan started to go bad, then they tried something else – which has left failed states, tribal genocide and banditry in its wake.

Blair goes on to argue that ‘we’ are not to blame. And it is very difficult to read the next few paragraphs of his essay without seeing them as the worst kind of post-colonial ‘white-man’s burden’ reasoning. The governments failed because they don’t know how to govern, and they didn’t know how to establish a ‘sensible’ relationship between Islam and the state. Let’s forget the fact that most of the middle-eastern states have borders drawn onto maps by elements of the British and other western armies over the past century. Iran has been the bête-noire in the eyes of the US and UK since they overthrew the vicious dictator we installed, and Saddam was the one we picked, supplied (with WMD) and financed to fight a long and horrendous war against them.

Right-wing pundits here and in the US are blaming the whole thing on Obama and his presidential campaign commitment to pull all the troops out of Iraq and Afghanistan. But the ‘vietnamisation’ of Iraq was a part of the initial withdrawal strategy. Obama perhaps thought that with the millions of dollars invested in training, hardware and bribes, coupled with drones directed from orbit, the situation would be controlled. But he was wrong. The thing about vietnamisation was – it didn’t work. And those pictures we remember of Hueys evacuating the last US staff from Saigon are probably being repeated right now in Baghdad. 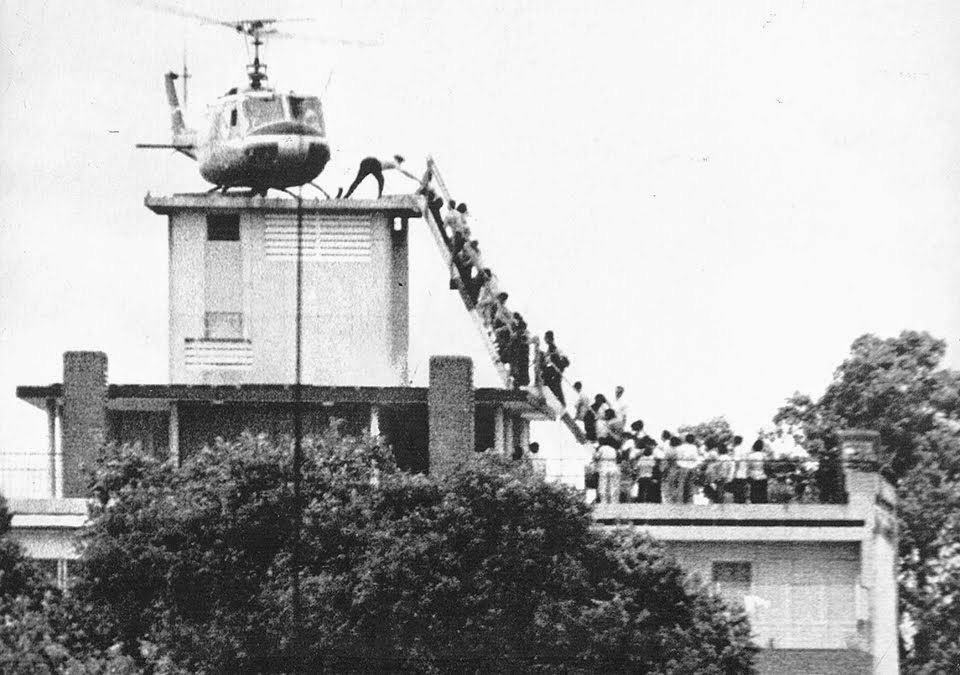 Blair stops short of re-invading Iraq but he does seem to think that military intervention of some sort is absolutely necessary – i.e. air strikes. It will achieve nothing, just as it is achieving nothing in Pakistan, in Yemen or Somalia. All it does is kill lots of people, a lot of them ‘collateral damage’. It breeds further resentment, fear and radicalisation. You can’t stop terrorism by terrorising the population.

Blair had the arrogance to ignore the people he governed – to ignore the biggest popular demonstration in the history of the UK. Tens of thousands died and continue to die and the fault is his. He said in 2003 that history and later (after his conversion to Catholicism) that god would be his judge on his decisions over Iraq.

I think the International Criminal Court would do nicely.

And finally – I think this song is about Blair. What do you think?