Immigrants? UKIP loves immigrants! ...or not. Today the findings of UCL’s academic analysis of the financial and other impacts of immigration on the UK economy hit the headlines. Amongst other things, it puts the final nail in the coffin of the ‘health’ and benefit tourists’ myths at the heart of UKIP policies, with European migrants making a net contribution of over £20bn over a ten year period. It even makes the recent increased contribution demand of £1.7bn look tiny. It is precisely why the idea of free movement is at the core of EU policy – the economic advantages of a mobile workforce as well as the trade that brings are immense. Effectively, the report removes all financial reasons why the current level of immigration from the EU would be opposed.

So, what is UKIP’s response to this academic, fact-based analysis of the data?

Steven Woolfe MEP, UKIP’s immigration spokesman, replied here.
Let’s have a look at this in detail.

1. “The principal issue for UKIP has never been about whether immigrants are all 'benefit scroungers'. We recognise that immigration can be economically advantageous for the UK.”

Really? These posters and leaflets really put that message across don't they? 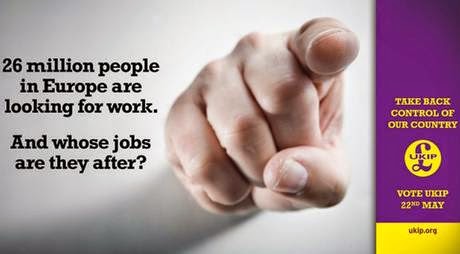 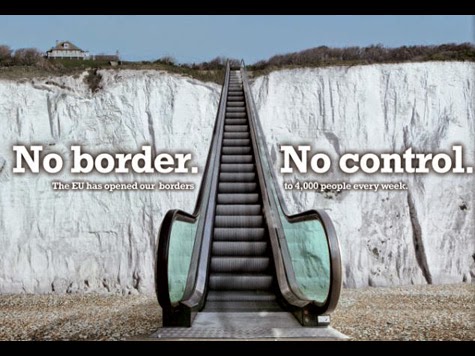 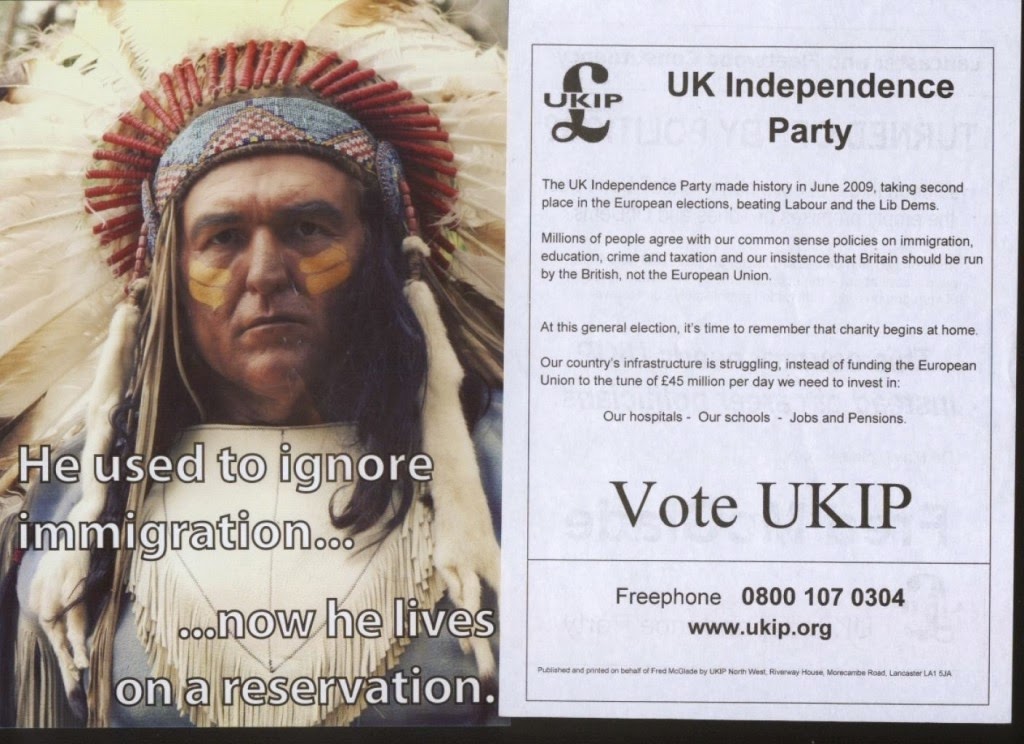 2.   “That's why we are the only major political party proposing a points based immigration system that will accentuate the benefits to Britain while reducing any negative impact.”

We already operate a quite restrictive points based system for non-EU immigrants – but the UKIP policy would actually close the borders to all but the rich – also startlingly, removing residency rights and allowing ‘application’ for these only after TEN YEARS. 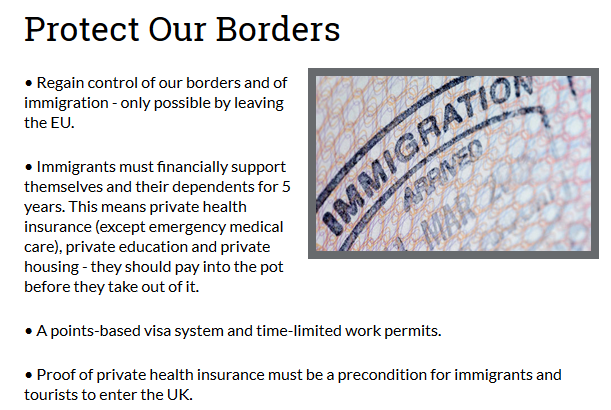 3.    "What this study doesn't do is to show what wealth our own people could have generated if they weren't ‎subjected to wage-reducing, employment-displacing mass immigration from the EU. Nor does it truly take into account the opportunity costs to the UK of substituting large sections of Britain's workforce with migrant labour.”

No, because it is based on fact, not speculation. Also, there is no mass immigration; no work displacement due to migration (because that is the Lump of Labour fallacy); the changes in employment practices and fall in wages are a direct result of government policy. As for substituting  the UK workforce – the study reveals that the EU migrants are better educated and qualified (“in 2011, 25% of immigrants from A10 countries and 62% of those from EU-15 countries had a university degree, while the comparable share is 24% among natives”) – equivalent to a £6.8bn investment in education. Again, this is the fault of government policy, the destruction of proper apprenticeships, polytechnics, EMA and the scandalous university fees . Employers will employ the best qualified (and isn’t that a ‘libertarian’ idea?).

4. “I am also very alarmed how the methodology of the report pits migrants from the EU against immigrants from the wider world. I fundamentally disagree with the discrimination of our current system which favours Europeans at the expense of people from the Commonwealth and the rest of the globe. It shouldn't matter which country you are from when applying for a visa. A fair and ethical immigration policy should be based on merit and need.”

He’s trying to discredit the study by accusing it of discrimination! This is farcically nonsensical; the study has to consider the different groups as different laws and restrictions apply, aside from the greatly differing demographics of the source populations.

The current points system does discriminate depending on home country. Is he suggesting that English native-speakers are treated the same as non-speakers? That the security measures applied to some nationals be applied universally? That the differing treaties we have with different countries all be negated?

The core message here is that the anti-immigrant fears and myths are just that and have no basis in fact. Any attempt to continue them after this report should be carefully scrutinised – exactly why would anyone oppose immigration, when it supplies vital support to our economy?